Here is a completely random selection of things that caught my eye at work last week. There isn't any particular theme linking these items, except that they all come from period between Armistice Day and the end of the Second World War. 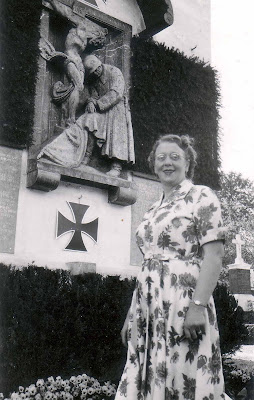 This photo was found in a 1939 Barbara Cartland novel. These days, the Iron Cross inspires a reaction similar to the swastika, but we mustn't forget that once it was merely an innocent symbol of Prussian militarism. 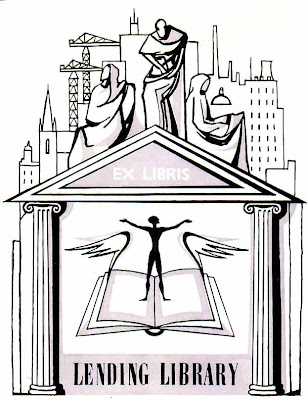 This beautiful bookplate comes from a huge collection of novels that once belonged to Belfast's public libraries. I hadn't heard of most of the books. Indeed, when I first opened the box, it looked as if the contents had come from a parallel universe (I shall have to write a blog post on these titles).

Libraries are, of course, very much in the news at the moment, thanks to the Government's spending review. Everyone likes libraries, even if we don't always use them. Libraries are the hallmark of a civilised society, so why are they being threatened with such drastic cuts?

I has assumed that public libraries were very expensive to maintain, but not so, argues Joanna Trollope in yesterday's Guardian newspaper. Her local county council's libraries account for a mere 1.45% of the annual budget, but in spite of this, they are still being cut by more than 50%.

Andrew Carnegie must be turning in his grave. 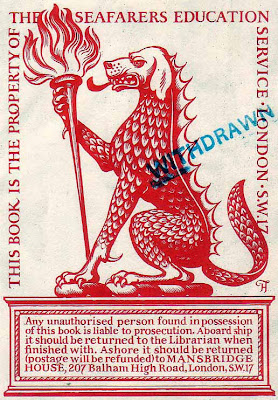 Another attractive bookplate. I like the idea of the Seafarers Education Association and can imagine lots of sailors puffing away at their pipes, being lectured on the finer points of Renaissance art. 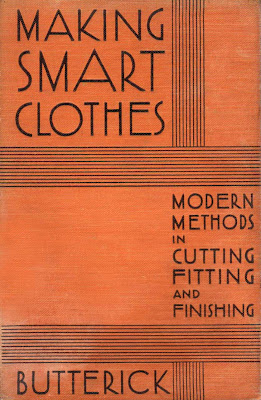 There isn't much to say about this, except that it has a very attractive typeface, particularly the big As and Os. 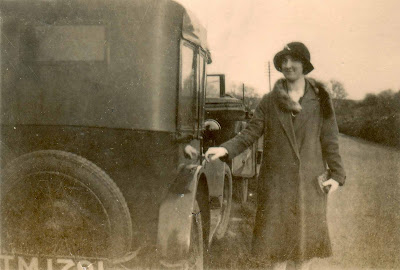 This photo fell out of a copy of "The Hound of Death" by James Barlow. 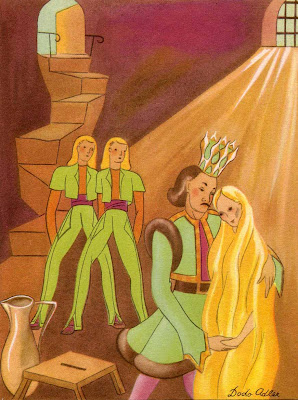 I found this striking colour plate by Dodo Adler in a 1940s book called "Fairy Tales from the Balkans". Surprisingly, the book isn't even worth a tenner. 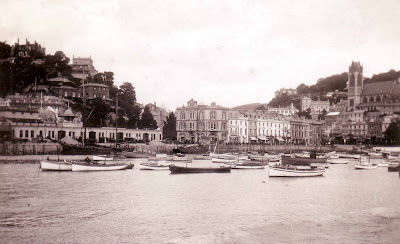 I had no idea where this is, but I guessed that it would be somewhere like Torquay and typed the name into Google images. Three seconds later, my theory was confirmed with this photo of modern-day Torquay: 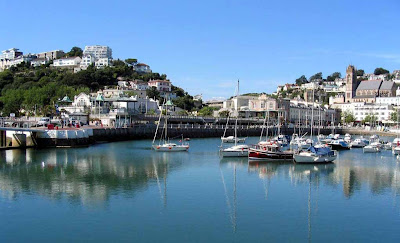 If you're not from the UK and haven't heard of Torquay, it is part of the "English Riviera" (not quite an oxymoron, but it certainly doesn't have the same ring as French Riviera) and was the setting for Fawlty Towers. A lot of people retire there.

The picture of the harbour comes from a 1920s album of photographs that feature people enjoying themselves in Torquay and Dartmoor.

The album doesn't have many images that are worth posting, but I quite like this: 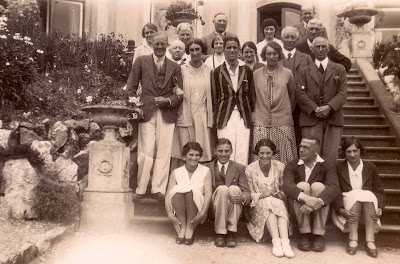 I would love to know who these people were and what their connection was. The other photos feature games of tennis, trips to Dartmoor and clifftop walks. It all looks very appealing.

The album also includes this picture, from the days when the Royal Navy was the largest in the world: 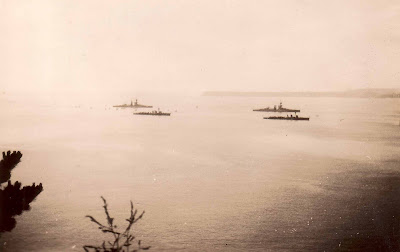 Today, this probably is the Royal Navy. But there's more to life than ruling the waves.
Posted by Steerforth at 6:24 pm

Email ThisBlogThis!Share to TwitterShare to FacebookShare to Pinterest
Labels: photographs and bookplates

What treasures you've unearthed, yet once again. (I - and many others - would love to have that Butterick book!)

Agreed, as a vintage clothing nut the Butterick book is something I dream of finding.

Ah - the Butterick is very me!

You don't think the mysterious group in the penultimate picture, was plotting the fall of the public library system, way back in the 20s, do you? You know how long-winded these policy makers can be.

Love the type style of the Butterick book! Wish my computer had a font like that -- it would make a cool letterhead.

As always another interesting post, and a great start to the new year.

That Iron Cross photo is most certainly from another world. As is the lady's eye makeup

It's not often you see "innocent" being used in the same sentence as "militarism," Prussian or otherwise :)

Oh, and I'm pretty sure that's not eye makeup weirdness but a pair of glasses.

Never mind the eye make-up - what about that dress! ;)

Martin could be right about the group shot - maybe it's a right-wing think tank.

I'm glad the font's popular. I almost left it out because I was worried that other people would find it dull.

I love the clothes book typeface too. What are the contents like?

As far as I can remember, the contents weren't that exciting, particularly when compared this this:

I love the group photograph. Interesting how all the younger members are smiling and all the older ones are hiding their teeth!

Great that a photo of subs used to count as a holiday postcard too. My mother has some interesting postcards of warships etc dating from the 1930s, some colour-tinted. I must pillage them when I next go over!

This is the era I write about, so I enjoyed this post. Love those sepia-tinted images: so much better than garish color. There's a scary picture from the 30's on my site. It was a time very similar to ours.

That typeface looks similar to the style used by Frank Lloyd Wright's architecture students from Taliesin back in the day. Can you provide the year of the (Butterick) book?