The Perils of Thelonious Monk

Here is a small selection of photographic bookmarks from the last two days: 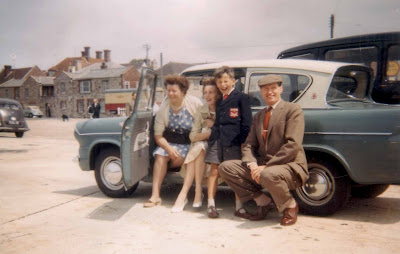 Here we see a fine, upstanding British family from the early 1960s, in front of their Ford Anglia. Although they are on holiday, Father wouldn't be seen dead without his tweed suite, matching cap, brown brogues and club tie. It would also be unthinkable for David to appear in public without his uniform.

But something terrible happened to this family. They discovered modern jazz and everything changed: 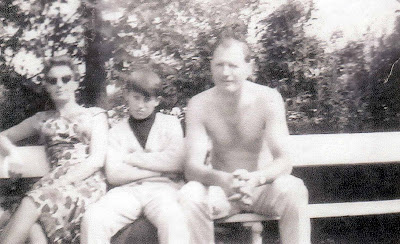 The country casuals and school uniform have been replaced by polo neck sweaters, dark glasses and semi-nudity. These two innocuous photos encapsulate the huge revolution in social attitudes that took place in the 60s. 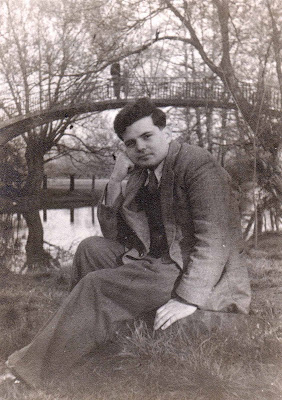 This looks like the author photo of a minor writer of Welsh short stories in the 1950s (now out of print). Perhaps it is. Somebody is on the bridge, looking down at him. 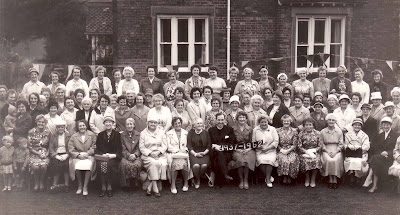 A group shot from the 1962 military manoeuvres of the Women's Institute, shortly before they decided to abandon violence. The vicar looks slightly nervous: 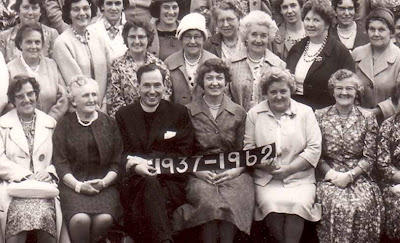 In addition to some enjoyable photos, these illustrations caught my attention: 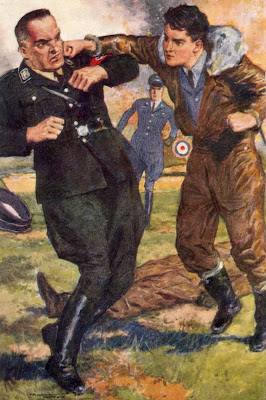 "Take that, Fritz!"
In this, the 70th anniversary of the Battle of Britain, we are quite rightly celebrating the pilots who downed Messerschmitts at a rate of four to one, but what about those plucky chaps who landed on German airfields and engaged the Luftwaffe in hand to hand combat? Their story must be told.

Finally, an example of jacket design from the golden age of crime writing: 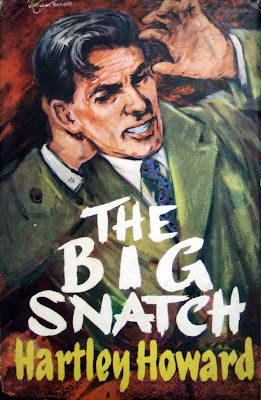 A fine example of a striking image and catchy title. The man appears to be in some sort of distress, possibly in reaction to a big snatch. It makes you want to read the book.
Posted by Steerforth at 7:56 pm

thanks for a great chuckle.

That figure on the bridge looks quite sinister...

Great post. We had a Morris Oxford in the 60s and my stepfather wouldn't be seen behind the wheel without his trilby, sports jacket, etc. I used to spend our journeys with my head below window level. No passing scenery was a small price to pay for preserving an ounce of 'cool'.

My father also had a Morris Oxford, which was even more embarrassing in the early 80s.

To make things worse, he was almost blind and drove like Mr Magoo. At the time it seemed perfectly normal that we needed to tell him what colour the traffic lights were.

Great photos! I am shocked by the semi nudity though - I have photos from the 50's of my father and various relatives sitting on the beach with their ties done up very firmly.

Does "snatch" mean the same thing in the UK as it does in the US?

Love the figure under what looks like Mesopotamia bridge in University Parks, Oxford. And the family whose standards lapsed alarmingly come the swinging 60s.

Hilarious tale re your dad. Mine was an excellent driver, but a terrible father otherwise!