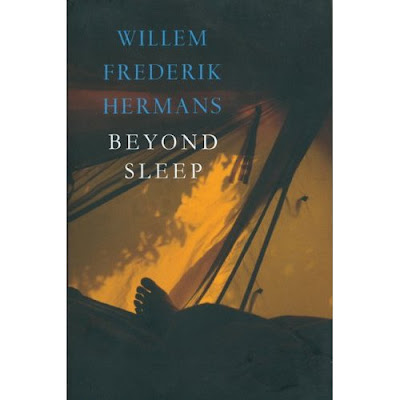 I wonder how many novels were published in English between 1966 and 2006? Hundreds of thousands, I expect. Perhaps even millions. The only thing I can say with any certainty is that nearly all of them will now be out of print, sometimes deservedly so.

With so many new novels appearing every year, it is scandalous that it has taken 40 years for someone to publish the Dutch writer W F Hermans' masterpiece Beyond Sleep. Still, better late than never; particularly when the translation is as good as Ina Rilke's. 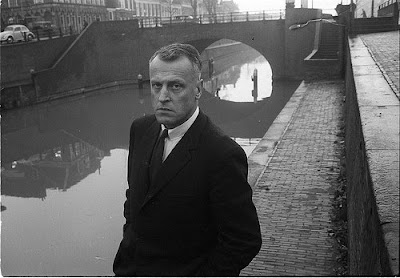 Beyond Sleep is narrated by Alfred Issendorf, a geologist in his mid-20s who has travelled to Norway to join an expedition to the far north of the country. Alfred hopes that in the barren, rocky wastelands of Finnmark, he will find evidence that will vindicate his mentor's bizarre theories about the origins of certain holes, but from early on he is frustrated by events.

To make things worse, Alfred discovers that his Norwegian companions are much fitter than he is and manage to hike across the rough terrain with great ease, leaving him straggling behind, frequently losing his balance as they effortlessly cross rivers and marshes.

Alfred looks forward to settling down to a good night's rest, but in the land of the midnight sun there is no respite from the day. No matter how tired he feels, the constant daylight and loud snoring of his friend Arne take their toll on Alfred's state of mind. Beyond sleep, Alfred becomes increasingly paranoid about his companions. 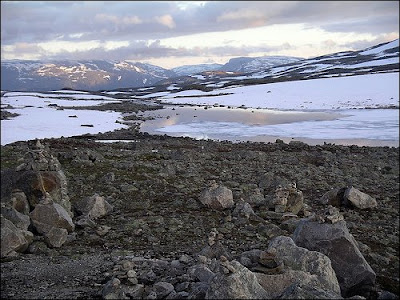 Exhausted, covered in mosquito bites and frequently wet, Alfred knows that he is on a journey that will end in failure and becomes increasingly preoccupied with the futility of his search to find meaning in his life:

I know that I am nothing but a chemical compound in a particular state of equilibrium, strictly confined within distinct, incontrovertible boundaries...I do not feel sad, only profound pity for all those people who are so distant from me, and even if I had a radio...there would be no point telling them what I think. They are beyond my understanding and I am beyond theirs.

Stamped indelibly on their minds are the craziest fairy tales...And even if they do not believe in fairy tales that does not mean that they have given up hope of gaining spiritual revelations from manifest mumbo jumbo. Because, they say, we cannot go on living like this, we are lost souls and we need consolation (I go on living, don't I. And who's consoling me?)

Beyond Sleep could easily have been a bleak, existential novel in which nothing happens (not that that's a bad thing), but Hermans' sense of the absurd makes this a very funny book that continually delights and surprises. Just when you think you have the measure of the novel, Hermans suddenly changes gear.

Masterpiece is a dangerous word to use, but I think that I can safely apply it to this novel. If you want a more learned second opinion, read John Self's comments here.

Hermans' author photos usually give an impression of him as a miserable old bugger, so here are a couple of pictures to redress the balance: 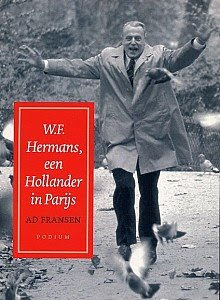 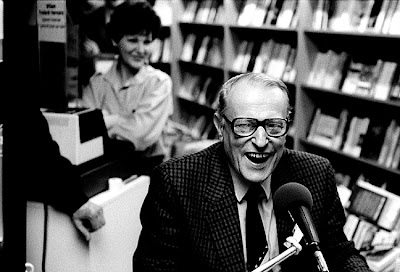 And here's Hermans during his failed audition for the role of Blofeld in You Only Live Twice: 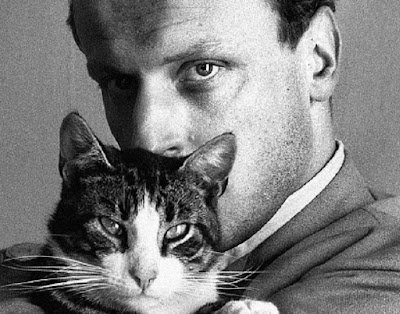 Ina Rilke has also translated Hermans' The Darkroom of Damocles, which I enjoyed almost as much as Beyond Sleep. Both novels are only available in hardback, but they're worth every penny.

Let's hope that the rest of Hermans' ouevre becomes available in English, otherwise I'll have to invest in a copy of Teach Yourself Dutch.
Posted by Steerforth at 10:14 am

Email ThisBlogThis!Share to TwitterShare to FacebookShare to Pinterest
Labels: beyond sleep, darkroom of damocles, wf hermans

Each time you reveiew a book I think, 'that sounds perfect', but this sounds none more perfect.