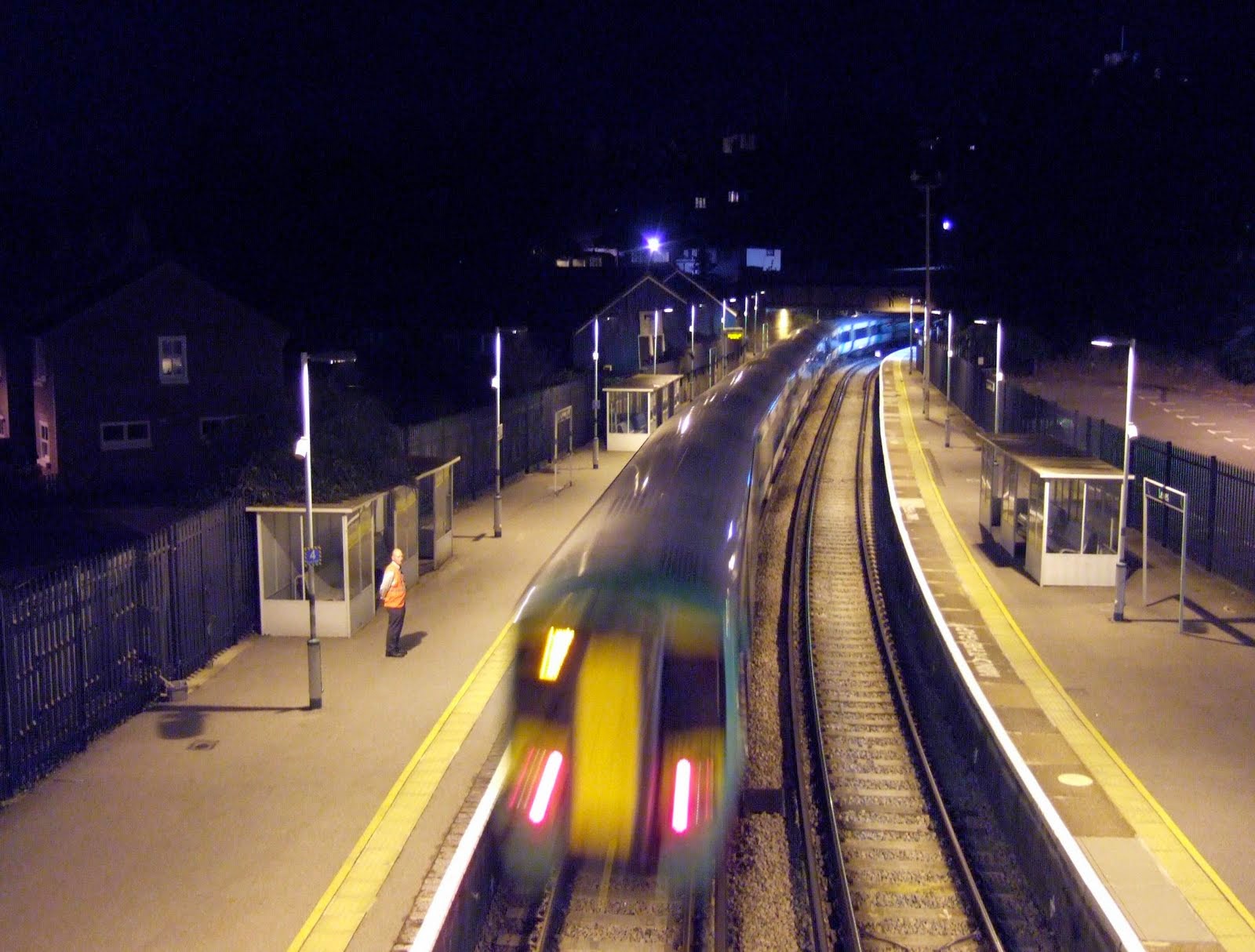 I went out for a drink in London with some old friends on Saturday. I don't see enough of them, but we all live in different parts of the country. In a perfect world, we'd all be in the same town and have a local pub.

The journey home began well enough. I found an empty table, kicked my shoes off and began reading the new Michael Faber novel. Then, just as the train started to edge of Victoria Station, three middle-aged women surrounded me and started chatting loudly about something they'd been to. I stopped reading.

Suddenly, one of the women noticed me. "Oh, I'm afraid we've rather invaded your space. Would you like to have some wine with us?"

It seemed rude not to say yes.

After finishing my plastic glass I tried to have forty winks, but it was impossible. The women were loudly going through lists of men's names and discussing their eligibility as suitors. If a man wasn't interested in them, he was gay, apparently.

The younger of the three boasted about the number of men she meet through Twitter and complained about the reluctance of one of them to marry her in Las Vegas, or indeed anywhere.

A few minutes later, the conductor announced that due to engineering works, the train wouldn't be going any further, so would we all please transfer to the bus replacement service. My heart sank, particularly when I saw an oxymoronically-named 'Crawley Luxury' coach, with Lewes as its destination.

We waited in the dark, dank forecourt, like refugees fleeing from a conflict. We wanted to go home, but our driver, a small, wiry, bald man, with an earring and a nylon short sleeve shirt, had other ideas.

On the edge of the crowd, a young man asked if there was time to have a smoke. The driver nodded and the young man lit a joint. A well-to-do man in his 50s said "Hmm, that's a rather nostalgic smell." A few people laughed, to advertise the fact that they also had a bit of a past.

After ambling around the coach for the tenth time, the driver suddenly decided that we might as well go and asked us to take our seats. The engine clicked into life and Heart FM blared Black Box's 'Ride On Time' through the speakers. It was going to be a long journey.

To make things worse, it soon became clear that our driver had no idea where he was going. At first, I assumed that he was following a special drivers' route, but when we passed Horsham Station - 10 miles in the wrong direction - a man in a pinstripe suit and metrosexual shirt decided that enough was enough.

To his credit, the driver didn't bother trying to pretend that he knew what he was doing and the rest of the journey involved the passengers shouting directions in unison every time we approached a turning: "LEFT...NO, LEFT!"

Our 27-mile journey took one hour and 20 minutes. Next time, I think I'll share a taxi with a few people.

But I digress. I was meant to be sharing a book jacket that I recently discovered: 'Gourds', by the aptly-named John Organ. 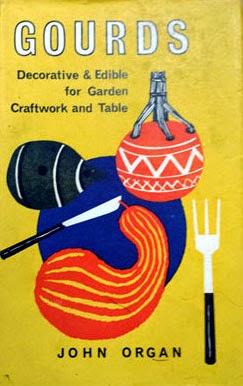 Marvellous.
Posted by Steerforth at 11:22 pm

Those women are probably discussing your eligibility now, on some 'luxury' coach, its floor scattered with empty plastic wine cups, heading towards Polzeath via Newcastle

I wonder if the conversation might have taken different twist if you'd been reading the John Organ book when those women joined you?

Zoe - In addition to the wine, I forgot to mention that they also had three bulging Burger King bags, so all the senses were assailed.

Martin - It would have been a conversation piece, I'm sure. I don't think they needed much encouragement.

As a non-driving 40-something and therefore veteran train passenger (especially for leisure purposes in the weekends, evenings, and weekend evenings), I hear you.

So much melancholy in the first picture, evocative of the train sequence in Spirited Away.

Blackout - It's a great pity that so many railway lines were closed in the 1960s, now that demand is increasing. It's crazy that there's only one line from London to Brighton.

Tororo - I'm glad you like the photo. I took it around six years ago and have used it several times, but you're the first person who has noticed it. I liked the contrast between a train full of people heading to London and the solitary man on the platform of Lewes station.

Probably just as well - I've heard that the Michel Faber book is not very good.