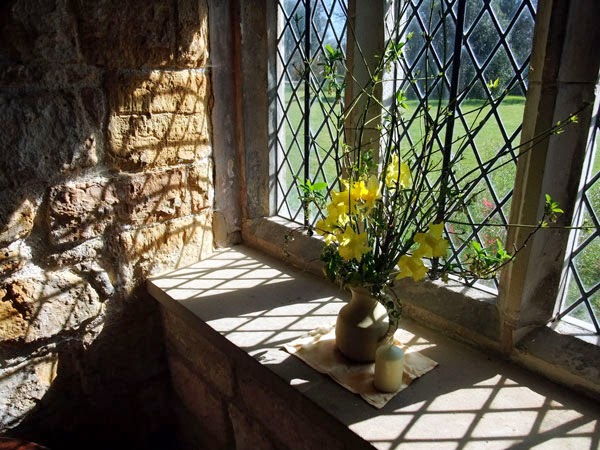 It has been a long winter. Laid low by a succession of illnesses, I stayed indoors for three months, existing on a diet of antibiotics, Breaking Bad and Anthony Trollope. Deprived of sunlight, my skin took on the pallid quality of a Morlock.

A few days ago I decided that it was time to go out and drove to a nearby medieval priory, where I hoped that the monkish reasonances might have a restorative effect. I think it worked. 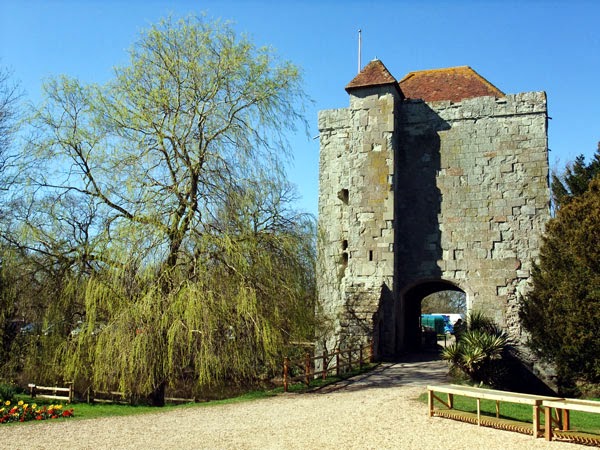 Just to the right of this picture is Ye Olde Gifte Shoppe, selling the usual nonsense. You can visit any historic building in Britain and find the same things: tea towels, mugs, 'local' biscuits, CDs of pseudo-Celtic music, small jars of preserves, a pewter replica of something, a book that's £5 cheaper on Amazon and some pencils.

Sadly, they don't sell any of these: 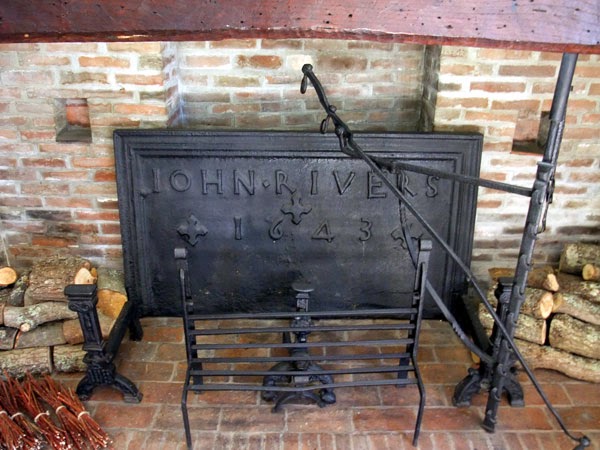 I must have been corrupted by television, as I orginally read this as 'Joan Rivers'.

As we walked past a pond of copulating frogs, I realised how good it felt to be outside again. I must get some more exercise and build my stamina up, as I have quite a few challenges ahead of me.

Annoyingly, I can't write about any of them.

I will therefore finish this brief slip of a post with a piece of First World War propaganda that caught my eye: 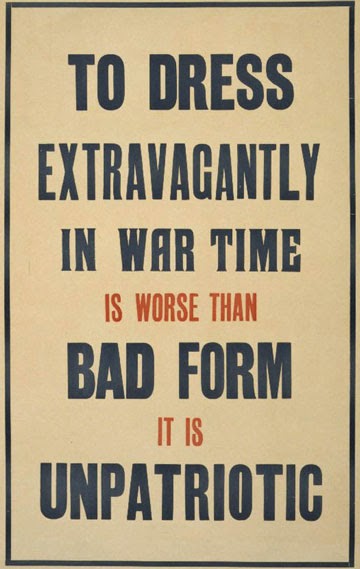 I wonder if this was the point at which the sartorial rot began to set in?
Posted by Steerforth at 12:46 am

I read "monkfish reasonances" - must be corrupted by Rick Stein.
Fresh air and excercise in a top hat and tails young man!

The sunshine makes everything look so wonderful - I'm glad it raised your spirits.

I get quite cross about Ye Olde Gifte Shoppes these days - we went to Jersey last hols, and found that all YOGSs had been franchised out - literally the same expensive tat everywhere - and at the War Tunnels - all you could buy that was themed was 1 T-shirt design and 1 tin of biscuits - what an opportunity missed. Sad.

I laughed at the quote about dressing up being unpatriotic. My mother used to say in despair, "I see some lovely things in the shops but I never see anyone wearing them. Where do all these ugly clothes we see on the street come from?" I had no idea then, and I still have no idea now. Hope the sunshine and attendant vitamin D make you feel better soon. I think after all the rain, we're all feeling a bit peaky. Love to you, xoxox

Rog - I shall have to go for a 'perambulation' or a 'constitutional'.

Annabel - I can see the economic argument - keep the ticket prices lower to attract more visitors, but make up for this with a slick commercial operation - but it's depressing for those of us who don't want everywhere to be the same.

Carol - It's not just the clothes that are a problem, but the tattoos! I apologise to anyone reading this who has a tattoo, but I can't understand why anyone would want a spider's web on their leg, a celebrity on their back or stars on their breasts.

Oh dear those "giftes" are awful! The British Museum doesn't do so badly. Good luck with the challenges.

That propaganda poster does intrigue. Was it possible to dress extravagantly in wartime? I suppose so, but I imagine that for the most part one would be wearing last years fashion, then the year before that, and so on.

Perhaps the message was that emulating Beau Brummel might somehow work against the war effort.

Either way, I'm hoping that it the message won't be leapt upon by t-shirt merchants. 'KEEP CALM AND BOOGIE ON' is bad enough. 'TO BOOGIE EXTRAVAGANTLY IN WARTIME…' would have me retire to Canada's backwoods.

Lucy - I suppose the British Museum isn't as dependent on sales of shortbread, but if George Osborne has his way, that might change.

Brian - Yes, I'm sick and tired of the "Keep Calm..." variations. The original seemed such a breath of fresh air five years ago, but now induces a Pavlovian shudder of horror.

Guilty as charged: I dressed both extravagantly and unpatriotically during World War II. Illegally, too.

Dress material and baby clothes being generally unavailable towards the end of the war, they were at loss as to what to christen me in. But my Dad was a plane maker, and he happened across a yard of white madapolin that His Majesty was not currently using.

With my mother's nimble fingers doing the dressmaking, and friends and family coming to the rescue with extra smocking, lace, embroidery and pearl buttons, I was every inch a princess sans tiara.

I think the statute of limitations has run out by now - certainly my Dad has - so I'll fess up. IOU EIIR.

"Perhaps the message was that emulating Beau Brummel might somehow work against the war effort."

Now I'm imagining young dandies being sucked into heavy machinery when their cravats got caught.