Away in a Manger

Last night I dreamed that a girl I used to work with had been promoted to the position of area manager. I could see why. She was a fantastic bookseller who had an intuitive understanding of the trade, but I was concerned that she would be undone by certain flaws in her character.

I knew that she would be too proud to take advice, but in spite of this, I laboured over a detailed document that spelled out the need to achieve a balance between the operational demands of the role and the importance of maintaining a good morale. I felt confident that she would listen to me.

Then I woke up and remembered that she'd been sacked for 'financial irregularities' (and some sexual ones too).

Why was I still dreaming about a job I walked out of six years ago? I briefly mentioned it to my wife, but we have an unspoken agreement not to bore each other about our respective dreams, particularly the recurring ones. I keep dreaming about bookselling. My wife dreams that she is back in her grandparents' house, where she lived from the age of nine.

I have to remind myself that I still sell books, even if I now have to work on a farm, watching libidinous bulls sodomising each other - an unedifying spectacle that I wouldn't recommend.

But even worse than the bulls is having to listen to the soft rock radio station, Heart FM, which I can hear through the partition wall of my cowshed. The gaps between the songs have a jingle that boasts "More music variety!", but it's not true. Every morning I hear the same singers: Robin Thicke, Olly Murs, Michael Buble, Adele, Robbie Williams and my least favourite song of all time, the screeching, nasal horror of Cyndi Lauper's "Girls Just Wanna Have Fun".

There are moments, particularly when I can hear Adele being accompanied by the screams of a bull being sexually assaulted, when I wonder what I'm doing with my life. Where did I go wrong?

I will be posting several extracts from The Bedside Lilliput, but I'll begin with a photographic essay from the French photographer, Robert Doisneau (the man who took this famous picture), with the original captions: 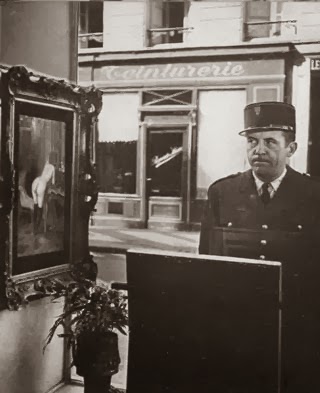 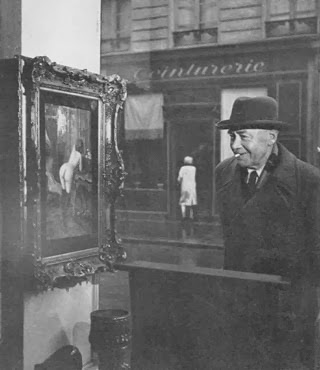 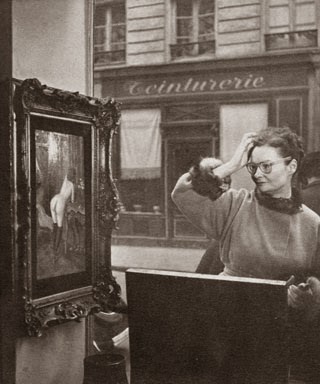 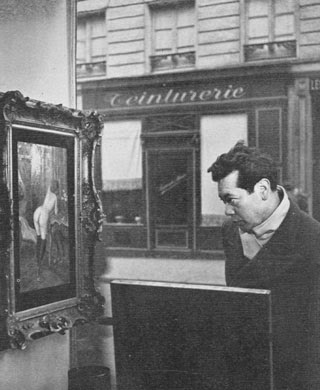 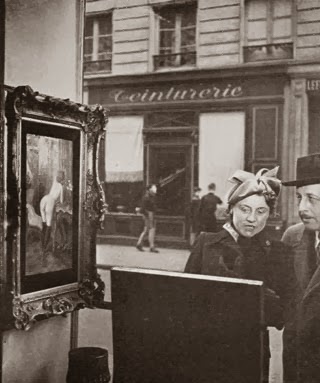 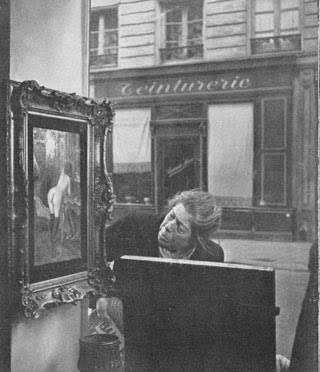 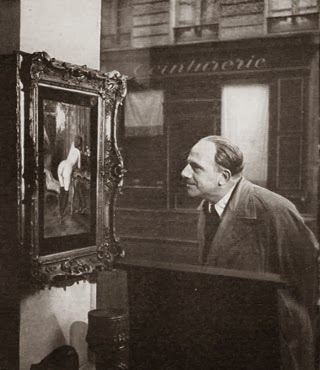 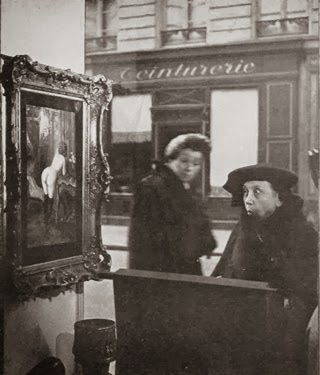 Ooh!
The Bedside Lilliput appears to have been a one-off, although there were other literary magazines published in book form during the 1950s.

I wonder what today's equivalents are.
Posted by Steerforth at 9:22 pm

Nice post.
The photo series is great. Very edifying and humorous.
I am on your wife's side of the dreams...
So... bulls sodomize each other ?
Not living in the country I have no area to improve my general observation of the birds and the bees, one of my favorite subjects. No bulls around my place.
The music sounds worse than the bulls' vocals though.
"Away in a Manger" ?
I still have one of my children's books downstairs, called "The littlest angel". Ever read that one ?
It still brings a tear to my aging eye.

Heart FM is dire and couldn't have less music variety. I even complained to them about it but was told that's what the listeners wanted!

Yes, I've learned some things about bulls that I would have rather not known. There seems to be one alpha male who rapes the others. Judging by the screams, it's not consensual.

After the act, the victim makes a strange moaning noise for five to ten minutes, before retreating to a quiet corner.

H'm.
The list of contributors to The Bedside Lilliput sounds highly promising. I can't wait to taste these candies you plan to share with us!
M'mmmm.

Great synchronicity: I looked at the Bedside Lilliput on Ebay yesterday -- following a Kaye Webb trail because of my Penguin/ Puffin interest (and ordering her 1986 Lilliput Goes to War) -- and your comments have pushed me into committing. Hopefully it'll be a nice complement to my almost complete set of Saturday Books.

Maybe your dream was just a story your unconscious made up for its own amusement.

I never dreamed about driving our library bookmobile after I took another position in 2000, until it was decided to end our rural stops this year.

I then had several dreams about driving the bookmobile, all in perilous conditions, (e.g., having to back down a steep hill; driving on a winding, muddy, potholed road).

Tororo - With its combination of short, snappy articles and wealth of illustrations, 'The Bedside Lilliput' is quite blog-like.

Brett - I've been dreaming about my old job for the last six years, every other night. My unconscious has a lot to answer for.

Flavia - I wondered if I'd be taken to task for using girl instead of woman. I almost changed it before posting. But she was very young and rather immature, so I didn't feel that she'd quite joined the grown-ups. I've applied the same criteria to males, regarding some of my less mature male staff as boys rather than men, so whilst I might be guilty of ageism, I would deny all chages of sexism.

I hope you enjoy the book. If you like the Saturday books, I'm sure you'll like the Bedside Lilliput.

People gazing silently at arses? Bulls being sodomized by an alpha-bull?

I'm surprised you weren't dreaming about an episode of "Top Gear".

My Dad used to bring home "Argosy" in the 50's which (I think) was mainly short stories. A cut above a copy of Metro I seem to remember.

Rog - Yes, Metro's halfway on the road to Newspeak. Great if you want to read about twerking. I don't.

Hmmm... considering that bulls are DOMESTICATED animals, I wonder if we learned "it" from them, or if they learned it from us...
The girl and boy problem is an epidemic.
I know.. unfortunately quite a few over thirty year old boys and... girls.

Debra - If you put animals in a confined space, these things happen. Look at prisons.

I wonder if the unrobed woman in the painting is looking for her clothes in the window of the teinturerie (dry cleaners) opposite. Thanks for reacquainting me with a french word I lost years ago.

The photos are super. Try using headphones with a recording of finger nails scraping down a rough wall to drown out Heart FM?

The idea of livestock copulating to Adele raised a hardy laugh, and the photos had me smiling, but… oh, dear, Heart FM. You see, we in southern Ontario have a station with the very same name, playing the very same music, yet there is no corporate connection. Tired of Heart FM? Turn the dial to Fresh FM for more of the same.

You're right, of course, "More music variety!" is a lie. It isn't Caruso, Kraftwerk and Coltrane on offer, just Buble, Bieber and Beyonce.

Super post, Steerforth. You're wife is not alone. I often dream of being in my grandparents house, where I lived aged nine.

flyingscribbler - I shall try and lodge that in my memory, if I ever have a dry cleaning emergency in France. Sadly, my French is so dreadful (in spite of much hard work on my part), I'll probably end up in a butcher's.

Nota Bene - It'll be my fingernails that will be making the desperate scraping noise if I have to endure another Alicia Keys song.

Brian - It's positively Orwellian. Didn't he write something about the proles being pacified by sentimental ballads written by machines?

Martin - I can see why my wife dreams about it. Apart from being a safe place in a turbulent period, it was the sort of huge, crumbling Tudor farmhouse that you normally only encouter in children's stories. I'd never met people who owned two grand pianos before.

Having read your post, I think if I ever see a bull in a field, I shall now be avoiding it for a different reason than the usual one for avoiding bulls in fields.

Kid - I would if I were you. Having seen them in action, the bulls' 'members' display an alarming speed and versatility, going from unaroused to action stations in under two seconds. They don't even take you out to a show first.