The Certainty of Chance 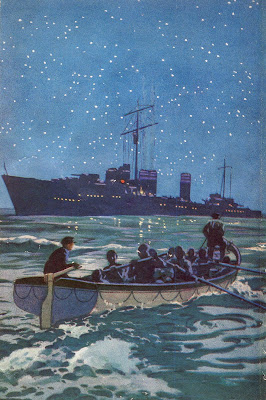 Suddenly, people are buying books again. I've no idea what invisible forces made my sales dramatically slump three weeks ago, only to make a spectacular recovery last week. There doesn't seem to be any pattern to it, apart from the slight boost that always occurs around paydays.

Sometimes I feel like a cork, bobbing around in a vast occean, pushed and pulled by competing currents and air masses.

The constantly changing fortunes of self-employment remind me of the introductions to each chapter in a Tobias Smollett novel:

* I journey to London, where I shall establish myself as a merchant of some import
* On a lonely road I am assailed by vagabonds
* I am left ragged and destitute
* I meet a gentleman of some distinction, who is searching for his long-lost son
* During a tempest we retreat to an inn and I relate the tale of my antecdents
* The gentleman becomes animated
* I learn that this benevolent stranger is none other than my father
* I am the heir to a vast fortune

Or something along those lines. These days, we could accuse Smollett of 'spoilers', but somehow they add to the absurd charm of his picaresque tales.

But it isn't just self-employment that has proved to be unpredictable. A few months ago, my older son suddenly announced that he wanted to go back to school. A year and a half of home education had left him feeling isolated and his social contact was largely limited to online, multi-player games.

These games were not a success. My son regularly chastised American teenagers for making homophobic remarks, which didn't win him many friends, while they wondered who the weird kid with the squeaky voice was. Why wasn't he at school?

The prospect of getting my son back into full-time education seemed too good to be true. But there was a catch. He was determined to go to a Steiner school that he'd heard about from one of his online 'friends'. If he went, I would have to find £2,100 per term and spend the next three years driving him to the school, which was eight miles away.

Naturally, I put any objections  to one side (including some reservations about how I could earn the extra £6,300 if I was spending two hours a day driving to and from the school). A few people warned me about some of the more eccentric aspects of Steiner education, but could I really deny my son this opportunity just because Rudolph Steiner believed in gnomes?

I was completely focused on getting my son out of the house again, socialising with his peers, gnomes or not. 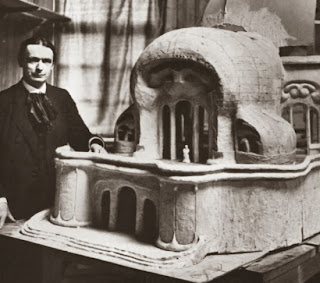 But as the term drew nearer, I began to worry about the practicalities. How could I make a three-year-long financial committment when book sales were so unpredictable? Also, was I falling into the trap of thinking that I had found a solution to my son's problems?

In the face of growing pressure, I did what any sensible person would do and started watching boxed DVD sets of 1970s drama serials.

I began with this:


Described by the New York Times as "the best spy series in television history", 'The Sandbaggers' was made by Yorkshire Television between 1978 to 1980 and looks incredibly low-budget from a modern perspective. In an inversion of the 'Show, don't tell' rule of good fiction, most of the tension in the episodes is derived from people picking up phones in offices and describing events that are never seen:

"Cartwight's just called in. The No.2 at the Budapest station has just been seen handing flowers to a woman who's linked to Vedernikov."

When the cast do venture out of the office to either rescue a stranded agent or bump off an errant SIS employee, the location filming shows how remarkably versatile Yorkshire is at replicating grim, Warsaw Pact suburbs, Cypriot forests or Arctic wastelands.

It would be impossible to get away with a drama series that was almost entirely studio-bound unless the writing was top-notch. Fortunately, the series' creator, Ian Mackintosh, was more than equal to the task and with a first-rate cast headed by Roy Marsden, the result is a triumph.

It has been suggested that Ian Mackintosh's remarkable evocation of life inside the Secret Intellignece Service could only have been written by someone who was intimately acquainted with MI6. Indeed, one episode was hastily withdrawn after it was deemed to be too close to the truth. Mackintosh refused to be drawn either way when questioned about his sources.

There were three series of 'The Sandbaggers'. A planned fourth series never saw the light of day, as Ian Mackintosh mysteriously disappeared in a light aircraft while flying over Alaska. The plane's last position was some distance from the planned route and no wreckage was ever found.

Here's a brief clip from the end of the first episode:

I really enjoy ploughing through a boxed set, but would I be able to afford such luxuries once my son was at his new school?

Then suddenly, without any warning, my son announced that he'd changed his mind and now wanted to go to a normal state school. I questioned his decision and was given a remarkably coherent and well-argued list of reasons. The following day I asked my son again and he seemed even more certain.

I'm not quite putting out the flags, but I do feel a huge relief that I don't have to try and sell an extra £6,000 worth of books in what's proving to be a rather precarious market.

In the meantime, I have several boxes of books to work through, so I'll stop this rambling post and start earning some money.
Posted by Steerforth at 10:29 am

Email ThisBlogThis!Share to TwitterShare to FacebookShare to Pinterest
Labels: the sandbaggers, tobias smollett

I am so pleased that things are on the up for both you and T. Long may it last! Never watched The Sandbaggers, but I'll definitely put it on my list.

*I chanced upon the diary of a purveyor of fine books

*I was quite on the edge of my seat but it turned out well in the end and we all went back to our travails.

Good job that your son backed down on his fantasies of School Charming (next in line after Prince Charming, and Job Charming...).
I can understand how you could be very relieved.
But... I think I would rather watch Sean Connery in James Bond than the Sandbaggers. Somehow the idea of bureaucratic Valhalla just doesn't get my adrenalin going the way that James Bond does...
Back to your books, now, and I shall get back to my piano before the Web sucks me any drier today.

There are only two things that are certain about self-employment: 1) nothing's certain, and 2) everyone has an opinion on what you "should" do.

Glad to hear your son has decided to go back to school of his own volition, and hope it goes well. Perhaps you could use the money you've "saved" on school fees to buy a car that goes faster than 8 miles an hour?

Rog - You have neatly encapsulated the spirit of Smollett. Sir, I would be most gratified if you would indulge me by allowing me to articulate my earnest appreciation of your sentiments.

Debra - You might be surprised. I think 'The Sandbaggers' operates on the principle that 'less is more' and is more enduring than the ephemeral thrills of Bond.

I envy you returning to the piano rather than books.

Anonymous - It does sound as if I bought one of the first electric cars, when the technology was on a par with milk floats. But it's eight miles there and eight miles back and the journey includes some congested roads. Add waiting time outside the school and it's ten hours a week down the drain.

First, how funny to see a young Roy Marsden. I never realized that he was young and/or had hair!!

Secondly, I hope and pray that all goes well with the new school. If anyone ever deserved a break, and a bit of good luck, it's you and your wife.

Thanks Carol. I think we'll get more help this time. It's a pity that children have to become so ill before they fulfill the criteria for specialist care. I know that there are budgetry constraints, but I think that governments could save themselves a lot of money if they tackled these issues early on.

I feel relatively lucky compared to friends who have autistic children.

What good news! Thanks for reminding me about Sandbaggers - we watched every episode as there was little competition in those days. For some reasom a tiny clip has always stayed in my mind, with Diane Keen being shot during an exchange of agents at Checkpoint Charlie.

Good that your son wants to go back to school (I wish I'd done that). And good that he wants to go to a state school. Steiner schools are more than "eccentric" - they're a cult.

Hurrah! God, it's crazy times we're living in. I love a box set too. A friend is about to lend me Breaking Bad (yawn, though I'm told of course by absolutely tout le monde that it's wonderful etc etc...) We have a box full of box sets at my aunt's flat, but sadly nothing I much want to watch.

Displacement activity is the BEST. And God bless the little children...