Talk To the Organ Grinder

This is from 'An Indiscreet Guide to Soho', by Stanley Jackson:

'How typical of Soho is the story of the organ-grinder who was "playing" that piece from (Mascagni's) "Cavalleria Rusticana" in Dean Street, when he was stopped by an old man in a shiny black overcoat.

"Too fast," he said excitedly. "Much too fast!" He seized the handle and began turning it slowly with one hand while he conducted an invisible orchestra with the other. Having finished the piece he dropped sixpence on the organ lid and was about to depart when the organist stopped him.

"How do I know you are right?" he demanded. "I've been playing like that for three solid months. "

The man black drew himself up proudly. "Nobody can tell me how that should be played," he declared. "I am Mascagni."

The following day the piece was played to a slower tempo and, chalked on the side of the barrel organ, was the simple legend, "Pupil of Mascagni."' 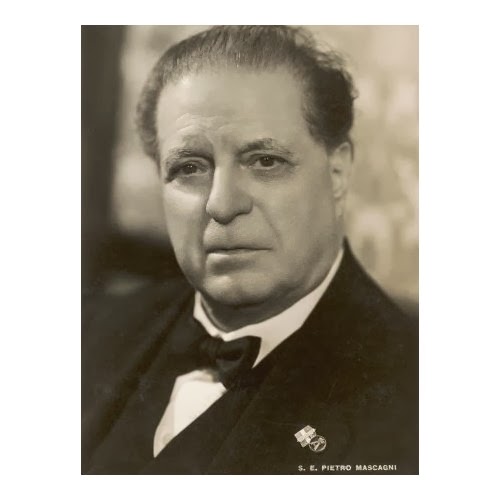 I have that book! Can't say I've ever read it, though obviously I've dipped in (I enjoy the restaurant ads).Never came across that anecdote, though.

I'd hoped that it would be a little saucier, but it's still quite an interesting book.

I'd like to see Peter Sellers telling it to Parky.

Funnily enough, I was watching a clip of Sellers on Parky the other day and was struck by what a deeply odd man he was. As if there wasn't a real person behind the facade.

Perhaps it would have been better comin from Ustinov, although I would have loved a Kenneth Williams version ("Ere, whatcha doin' to my organ? You go and grind somewhere else...etc).

I thought of you last week. My better half and I were in England -- Essex -- visiting my sister-in-law, and the three of us drove down towards Lewes on a Sunday.

Our actual destination was Firle Place, just off the A27 between Lewes and Polegate. When we got there, it was closed for a private function. Even though the guidebooks clearly said it was open on Sundays in October. Oh well, c'est la vie!

So we gave it up as a bad job and went to the Barley Mow near Selmeston for lunch. A great lunch I might add, terrific food and a very varied menu. Lots of people too, so we knew we'd made a good choice even before the orders arrived. Driving back to the A22 to go home, we went through Upper and Lower Dicker. Love the names, though if you blink, you'd miss the towns.

As we were driving north through East Sussex and Kent, we could chart our progress by places where we'd eaten lunch on past trips. You'd think that was our only reason for coming to England -- but it really isn't!

Hope you're having a good day. It's bucketing down here in Seattle today. We've even had thunder and lightning.

Carol - I was a mile away from the Barley Mow on Sunday - so near and yet so far! If you drove to the Dickers, you probably went past the farm where I was sorting through my books.

I agree, it's strange how signs announce villages that consist of one or two houses, or sometimes nothing at all. I think some villages have never quite recovered from the Black Death. Between Lewes and Uckfield, there's a sign telling you that you're in Rose Hill, but you can't help wondering why they've bothered signposting a place that has no discernible signs of human habitation.

I suppose the US equivalent is those tiny little settlements that are called So-and-So City - population 68. I read that this was because pioneers wanted to attract settlers by making places sound bigger than they were. I remember driving to Salton City in California, expecting to find a huge metropolis. Arriving was a bit of an anticlimax!

I'm sorry we didn't get to meet you! Maybe next time we can meet for at least a cup of tea. It was sort of a spur of the moment thing to try to visit Firle Place.
Hope that things pick up soon for you with the book sales. Frankly I can't imagine not having a lot of books around. Take care and God bless, xoxox

I've been thinking about what you said about the plague villages.

Some years ago, Rob's great aunt was living in Huntingdon (Cambs.), and took us to visit her local church, of which she was very proud. She was one of the faithful ladies who arranged the flowers and polished the paten. She was a retired music teacher and took her turn at the organ from time to time, too.

(I hope you don't get 15 of these posts -- I'm having a little trouble getting the "comment moderation" to accept what I am typing. If you are, I apologise!)

Auntie Hilda showed us a portion of the churchyard, where there was a plague pit, where so many locals had been buried in 1349 and subsequent Black Plague epidemics. Such a sad and scary thing.

Today, we don't know how lucky we are, though I suppose the AIDS epidemic was/is a similar thing. xoxo

I think the Black Death was pretty unique - it killed one in three people. Nothing else has approached that; even the Spanish 'flu pandemic of 1918 (which is supposed to have claimed more likes than WW1).

I can't begin to imagine what impact the disease must have had on medieval Europe.

Writing that last sentence made prompted me to Google it as a question and here's the fascinating answer: