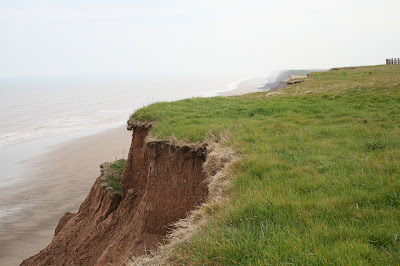 It may seem perverse to describe a novel that has been filmed once, adapted for television twice and never been out of print since publication, as a forgotten masterpiece. But now that I've read 'South Riding', I understand why people have applied this label to Winifred Holtby's last book.

Holtby's story of provincial life didn't bowl me over from the first page. There seemed to be too many characters and I wasn't quite sure where the narrative was heading, but I persisted and my admiration began to grow with each chapter. By the end, I was convinced that I had read a novel that was every bit as good as 'Middlemarch'.

Set during 1933-34, in a thinly-disguised part of Yorkshire that stretches from Hull to Horsea, South Riding is an ambitious novel with a cast of characters that range from the local gentry to a family living in slum accommodation. Many stories of this kind collapse under the weight of their own ambition, but Winifred Holtby pulls it off an aplomb that few writers could match.

There are many reasons why South Riding works as a book, but here are just four. First and foremost, it has credible, three-dimensional characters that the reader cares about, with a very moving love story at the core of the novel . Second, although Holtby clearly has something to say about the condition of England, the narrative never feels as if it is being driven by a crude political agenda. Third, there is a good balance between the broad canvas of a community and the more intimate portraits of some of its citizens. Fourth, although South Riding contains many elements that wouldn't be out of place in a Victorian novel (including a homage to Charlotte Bronte), the author writes with a candour that must have shocked many contemporary readers.

Perhaps South Riding was a little racy because Winifred Holtby had nothing to lose. Diagnosed with Bright's disease in 1931, the 33-year-old author was given two years to live. South Riding is the work of a dying woman, who put everything she had into her last work. The result is a passionate, life-affirming masterpiece. 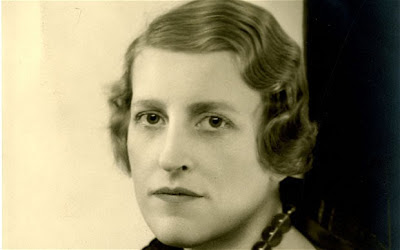 This isn't the place for a biographical sketch of Winifred Holtby or a summary of the narrative, but I should mention the fact that as the author was an active socialist, pacifist and feminist, you would expect South Riding to be something of a manifesto, with the novel's heroes representing the forces of progress and egalitarianism.

In the hands of a lesser writer that's probably what you'd get. But to coin Virginia Woolf's description of Middlemarch, South Riding is a novel for grown-ups, not a pantomine with easily recognisable villains and heroes. Its characters are flawed individuals, struggling against the limitations of background and circumstance. It is to Holtby's credit that one of the novel's heroes is a man who stands for everything she fought against.

South Riding has been described as a story of 'provincial life', which may suggest that its scope is narrow and its ambitions limited. But nothing could be further from the truth. This is, without a doubt, a truly great novel that has an enduring message about the human condition.

This blog contains a much better review of South Riding than anything I could write, so if your appetite is even slightly whetted, please click on the link.

I'll finish with a few quotes that I particularly liked:

"And who are you to think that you could get through life without pain? Did you expect never to be ashamed of yourself? Of course this hurts you. And it will go on hurting. You needn't believe what they say about time healing. I've had seventy years and more of time and there are plenty of things in my life still won't bear thinking. You've just got to get along as best you can with all your shames and sorrows and humiliations. Maybe in the end it's those things are most use to you."

"We're so busy resigning ourselves to the inevitable that we don't even ask if it is inevitable. We've got to have courage, to take our future into our hands. If the law is oppressive, we must change the law. If tradition is obstructive, we must break tradition. If the system is unjust, we must reform the system."

"I'm an old woman. But when you're seventy you don't always feel old. I know I don't. There are times when you find yourself thinking of yourself as a girl. 'Now the girl went downstairs.' 'Now the girl put her hat on.' And then you look in the glass and there's a stiff heavy lump of an elderly person facing you, your face all wrinkles and the life gone out of your limbs. But you can still feel young."

The latest Virago edition has an introduction from Shirley Williams, whose mother - Vera Brittain - was Holtby's best friend. Sadly, the jacket design portrays a very different Yorkshire to the flat wolds that make up the landscape of South Riding: 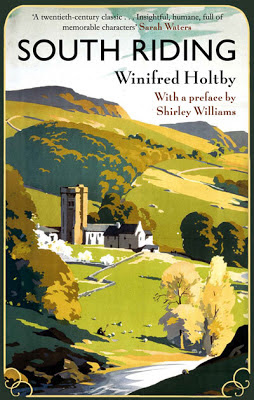 The two television adapatations were filmed 37 years apart. One is a 13-part ITV series by Stan Barstow, filmed in 1974. The other is a three-part BBC mini-series from last year. Comparing clips of the two, the 2011 version looks stunning, but probably only bears a passing resemblance to Holby's novel, whereas Barstow's adaptation appears to be pretty faithful to the original narrative, so there's no competition.

It's a great pity that screen adaptations of classics have become such vapid affairs in recent years - beautiful to look at, but hacked to death until the result looks like a trailer.

But that is a subject for another blog post. I think the last word should go to the wonderful Winifred Holtby:

“These are the moments of revelation which compensate for the chaos, the discomfort, the toil of living. The crown of life is neither happiness nor annihilation: it is understanding. The artist’s intuitive vision; the thinker’s slow, laborious approach to truth, climbing through the alphabet of A, B, C, D, up to R, on the long way to Z; the knowledge that comes to the raw girl, to the unawakened woman—this is life; this is love. These are the moments in which all the disorder of life assumes a  pattern; we see; we understand; and immediately the intolerable burden becomes tolerable; we stand for a moment on the slopes of that great mountain from the summit of which we can see truth, and thus ‘enjoy the greatest felicity of which we are capable.’
Posted by Steerforth at 4:22 pm

I keep returning to read that last quote. Remarkable. Thanks for taking the time to include all of the quotes you liked.
I don't think anyone who has yet to read it will fail to be enthused and swiftly add it to the must read list.
Winifred, now there's a name that hasn't come back in fashion (yet).

I did enjoy the BBC miniseries, but your review has made me want to read the book.

I was interested to read that Vera Brittain was her best friend.

I especially liked the quotation about pain and shame. So true.

Coincidentally, I listened to the first episode on i-player, yesterday. It's on Radio 4-extra at 2pm and is well worth listening-to. AnnaC

You should be writing book reviews for a living - you do it so well. I've added it to the list of books I should read.

Lucy - No, even in poncey Lewes I haven't come across any children called Winifred. Hector and Rufus, yes, but no Winnies.

Brett - From what I've seen, the miniseries was sympathetic to the spirit of the novel, but I don't see how any character development could have taken place in three episodes.

Anna - That's a coincidence. Thanks for the tip - I'll check their website.

Kid - That's very kind of you. I never feel happy with what I've written - other people's reviews always seem much better - so I generally avoid writing any. However, I enjoyed so much that I couldn't shut up about it.

A very interesting review, thank you. I haven't read the book, but I saw the mini-series. The trouble with TV adapatations is the tendency to storytell so including some of those wonderful quotes would be out of the question, they'd be cut!

So glad I didn't see the mini series because after reading your enticing review I've borrowed the book from my library (Mississauga, Canada) and I'm looking forward to spending some pleasant hours lost in it's pages.

I always think it's so wonderful when I discover an old(er) book that hasn't lost its appeal. Some writers, some stories never fade, and I think that's wonderful.
Thanks for sharing your thoughts about such a book with us. Have a nice weekend. xoxox