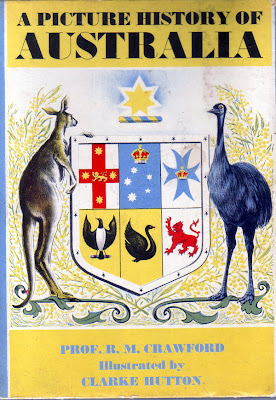 As I have written before, I used to assume that Google was some sort of magical portal to the sum total of human knowledge. However, when I began my current job, I realised how limited the internet really was.

Clarke Hutton is a perfect example of this. Google his name and you will find a pitifully small number of articles, including this post, which I wrote in October. He was a highly-respected illustrator in his day - the middle of the 20th century - but appears to have been almost completely forgotten.

Last week I discovered a 1950s children's history of Australia, which was illustrated by Hutton. I have no idea if he ever went there.

Hutton's illustrations are more conventional than the ones in his 'Picture History of Britain'. Perhaps that's because the contemporary aesthetic had changed and the angular, neo-Modernist style was no longer in fashion. But even Clarke Hutton, at his most watered-down and conventional, has a quality that demands attention: 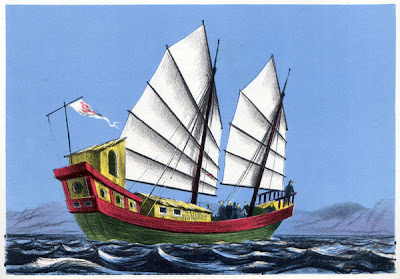 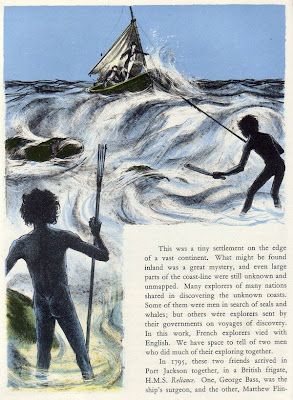 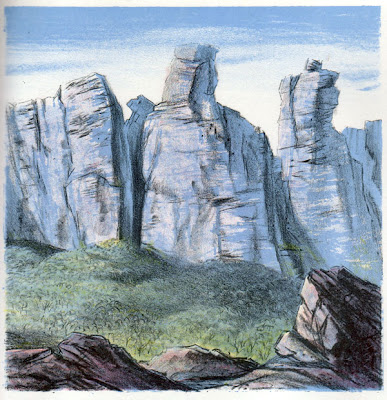 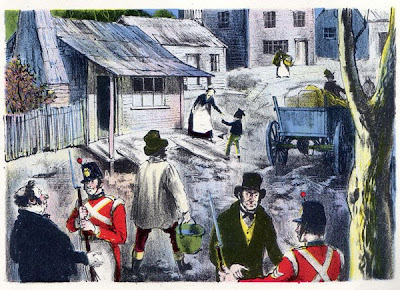 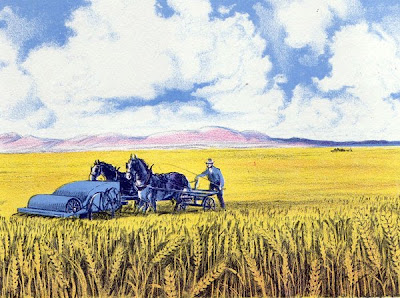 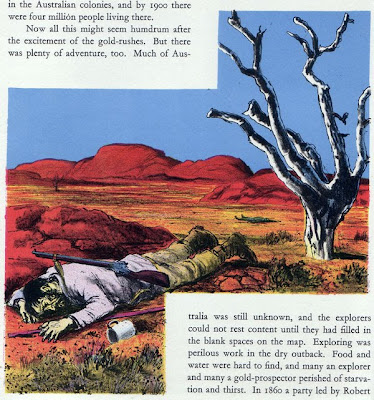 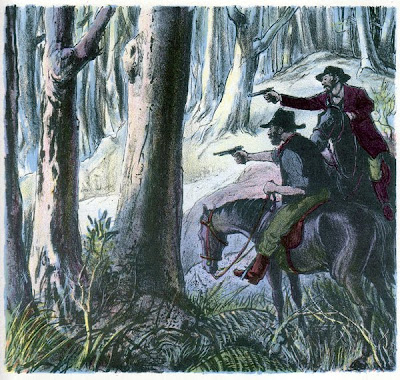 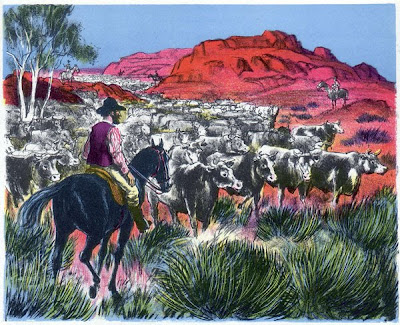 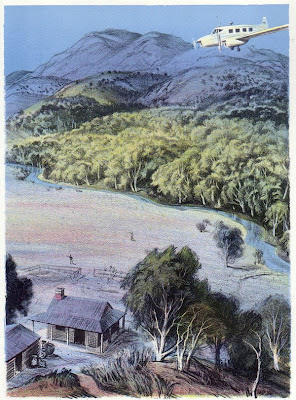 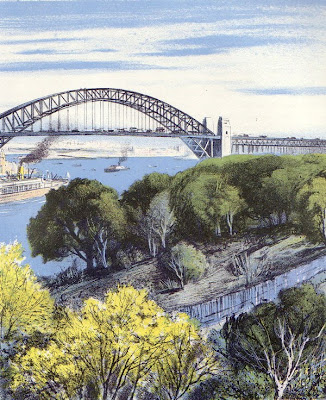 Apparently there are several titles available with Hutton illustrations, so I'll try to post some more in the near future.
Posted by Steerforth at 7:30 pm

I actually bought a copy of 'Picture History of Britain', on the strength of that post.

Wow, Steerforth - that's terrific! I will try and track down a copy. The illustrations are great and so dated and so bad. All of us Aussie amateur historians should have a copy.

I should have added that Crawford was a highly regarded historian. And 'bad' was the wrong word - I think I meant politically incorrect and over the top. But I guess they are of their time.

As much as I love the images, I can't get past the typographic error of splitting 'Australia' between two blocks of text - I've threatened to eviscerate students for lesser crimes.

You're right! I write about big-sky country, too, and those illustrations from the book illuminate the sense of space and grandeur better than pixels.

I remember seeing a copy of 'Picture History of Britain' in the school library until recently. Over-zealous representatives of the school library service would 'weed out' such books as being dated, with some justification as far as factual content is concerned, but it can't be denied that the illustrations have a charm of their own.

From the same period, I remember as a child being captivated by the illustrations for the Radio Times and would try to copy the wonderful line drawings of artists like Robin Jacques and Val Biro. I would cut them out and paste them in a scrapbook-I wish I had that now.