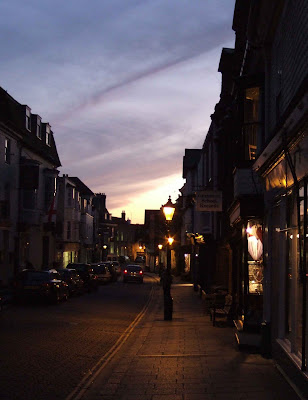 One of the great pleasures in life is sitting in a pub, enjoying a pint with someone you've known for years. When I lived in Twickenham, I took it for granted that I would see a particular friend at least once a week and without fail, we'd go through the same routine of drinking five pints of Guinness, followed by minor acts of vandalism towards the unsightly cluster of estate agents' signs that littered the communal garden outside my flat.

(Once I was caught by a policeman, halfway through the act of pulling up a 'For Sale' sign. He beckoned me over and said 'Now sir, we all know that estate agents are the lowest form of life, but I'd still like you to put that sign back.' What a gent)

I assumed that our weekly drink would continue until one of us died, but one day my friend decided to quit his job in the City and move to Kent. Apart from a couple of meetings in London, we saw little of each other and I wondered if we would eventually lose touch.

Then, a couple of years after moving to Lewes, I discovered that if we both left our houses at a similar time and caught trains to Rye, we'd arrive within minutes of each other. Several years on, Rye is now home to our new 'local' and we meet several times a year. I was there yesterday and, several pints later, came perilously close to buying a ukulele in a charity shop.

However, to get to the point...

If you haven't visited Rye, it's worth making a special journey. It is a beautiful, medieval town that is almost completely unspoilt and also has strong literary connections. Henry James spent the last 18 years of his life at Lamb House which, annoyingly, is only open on Thursday and Saturday afternoons. As writers' houses go, it's a little disappointing as so much of the property is off limits, but it is still worth a visit.

However, Lamb House also has other literary associations. EF Benson and his brother lived there in the 1920s and it became Mallards in the Mapp and Lucia novels. I am ashamed to say that I've never read Benson's books, but I watched the brilliant Channel Four adaptation and loved it. 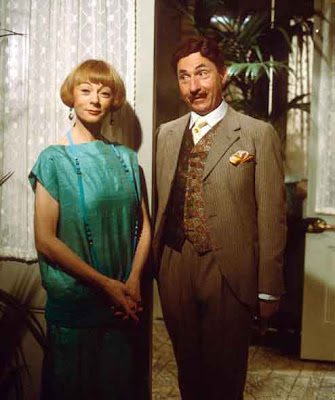 Rumer Godden also lived at Lamb House for a few years, before moving to another part of Rye and set In This House of Brede in the local area. Once again, I haven't read the book, but the film's great. Any movie with the beautiful Judi Bowker and Diana Rigg dressed up as nuns can't be bad.

Today, Rye's literary tradition is alive and well. John Ryan, author of the Captain Pugwash books lives and works in Rye. This is apt, as Rye is one of the Cinque Ports and has a strong nautical tradition, even if the town is now several miles from the sea. 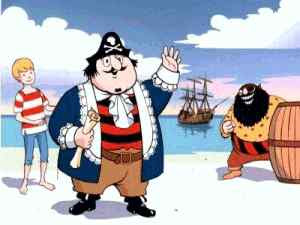 However, the greatest writer living in Rye today must be Samuel Youd, aka John Christopher, the author of The Death of Grass (which is being reissued by Penguin next year). He is now 86 and I hope that he will live long enough to witness the resurgence of interest in his novels. 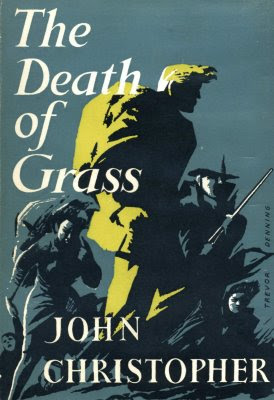 So that's the end of my pitch for Rye. If the local tourist board would like to send me a small token of their appreciation, I am open to offers as long as it doesn't involve those other famous residents of Rye, the Cheeky Girls.
Posted by Steerforth at 10:29 pm

The Gay Dolphin has been republished this year by Girl's Gone By Publishing and is available in a lovely facsimile paperback edition.

I used to be very friendly with a girl in London and would go drinking with her in Aldgate, rather than pulling up estate agents signs, she would get drunk and bare her breasts at lorry drivers ( we were students, I'm embarrassed about it now).

On one occasion - she was seen by a police car, they parked, and came over to us.

"Madam, you have splendid breasts, but would you please put them away, you are going to cause an accident'
real gentlemen, those London Bobbys.

I have an appointment in Rye on Friday - have organised my whole day around wandering about, lovely place.

Thanks for this. I've just Googled The Gay Dolphin - it's good to see Saville back in print, and what a fantastic jacket!

As for being students, yes, it seemed obligatory to do ridiculous things. I remember being with a group of people who decided to jump out of windows on different floors to see how far they could fall before it really hurt. Why?

I did not know who these 'Cheeky Girls' were, so I YouTubed them. You, sire, have ruined my life.

Rye sounds lovely, but actually your post made me realise how much I miss UK police. Does the politeness come from not having guns?

A life without the Cheeky Girls, JRSM! Here in the UK we can only dream back to those innocent days. If you explored further you would find that one of them was engaged to a prominent (well, Leb Dem spokesman on Housing) British MP.

Wow, I never knew Christopher was still alive. If he makes it to next April (no offence, but...), he will be in an august band of authors who are published by Penguin Modern Classics in their lifetime: John Updike, James Salter, etc. Actually, thinking about it, there are quite a few one-offs in the same boat, including Louis Begley, Aharon Appelfeld, James Wilcox and others, so maybe it's not quite such a unique accolade.

I read Mapp and Lucia a few years ago (when it was reissued as a Penguin MC, in fact) and thought it was OK in a Waugh-ish way.

One Thousand Letters - I have just looked at your letters and I think they're wonderful. I noticed that you haven't posted since August. I hope you haven't stopped.

Re: the UK police, I don't know if it's the absence of guns, but they're certainly more polite than their European counterparts, who tend to bark orders.

The Chief Constable of Sussex recently said that he thought the most important quality in a policeman was humility, which was good to hear.

JRSM - I'm sorry for bringing the Cheeky Girls into your life. I presume you watched 'The Cheeky Song (Smack My Bum)'?

Still, even if Samuel Youd does pop his clogs before April, at least he knows that 'The Death of Grass' is being republished.

Just a few words in appreciation of this and previous efforts to revive interest in my outmoded works. (I believe I am widely in print in Iran but unfortunately they don't pay royalties). It's a long and unpromising haul, but thanks for trying.

Hey, how cool is that! Are you still writing, Sam?

As for efforts to revive interest in your works, we haven't started yet! Just wait till April when Penguin obsessives like me and JRSM get going.

And can I just say how appalled I am at that person who usurped my online ID earlier to make light of Sam Youd's advanced years. Shame on you.

The man himself! Yay!
I know he published 'Evolution's Captain' a couple of years ago, as 'Peter Nichols', about (among other things) the captains of Darwin's 'Beagle'--it was fascinating.

I'm not a literary critic, but from a bookseller's perspective I'm absolutely certain that Samuel Youd's novels will achieve the recognition they deserve.

Although they clearly reflect the social mores of their age, the novels are, in many ways, ahead of their time and would appeal greatly to a contemporary audience.

The publishing world seems to be rather slow on the uptake, (although it's heartening to see 'The Death of Grass' as a future Penguin Classic). Publishers should take note of the prices that John Christopher novels sell for on eBay!

Sam Youd - if you read these comments, would you be prepared to be interviewed?

the 1970 film version of Death of Grass / No Blade of Grass is available to watch on Youtube in several sections, it's actually very good, but sadly forgotten.

Directed by Cornel Wilde ( yes - that one ) and staring Nigel Davenport it's a little uneven but still very faithful and provocative. It also has a smallish early role from Wendy Richard as a manipualtive tart......I'm not saying anything.

Steerforth, Youd was available for interview this time last year, so your luck might be in.

Now, David Karp, can you get in touch please?

I thought that Captain Pugwash lived in Ashburnham Road, Hastings. He leaves his van here most days.

I am a great fan of Rye and often go there for lunch on my birthday.

It has not lost its special quality. I could imagine Henry James pacing the streets, taking everything in with his perceptive eye for detail.

I also enjoy visits to nearby Dungeness where I almost bought a house once. A great part of the world.

I'm afraid I'm rather too old and infirm these days to be interviewed, or to continue to write. And I can't take credit for 'Evolution's Captain' - that was another Peter Nichols. But thanks to you all for the interest and kind words.

And thank you for writing so many thought-provoking, entertaining and intelligent works of speculative fiction.

I'm so pleased that I discovered your novels (on JRSM's blog)and I'm busy ploughing through the entire list.

I look forward to reading the Tripods trilogy to my son when he's a little bit older.

One of the fascinating bits of info that I discovered once about Rye, is that during the evacuation from Dunkirk in World War Two, the Rye Fishing Fleet refused to take part. Angus Calder used this as an example of how not all of Britain "pulled together" during those days, despite the official and popular histories. It's in his wonderful book "The Myth of the Blitz", which I revied many moons back here

We were in Rye visiting after the first of the year 2019. after a Sunday roast we stopped for a half pint at the Waterworks Pub. Well it was Frank's 71'st birthday and Reg and Steve were playing guitar and mandolin and leading us in song. We had a lovely chat with Shelia and Geoffrey and Dave and several others. Five hours later we left. Meeting for a pint in Rye.