As regular readers of this blog will know, I normally get excited by space things and when I discovered that a probe had just taken photos of a part of Mercury that we'd never seen before, I was straight onto the NASA website.

But it's hard to get excited about this: 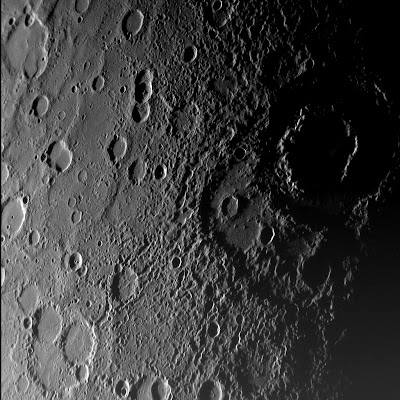 What a disappointment. It looks just like the moon.

However the good news is that the Hubble telescope, which was going to be scrapped, has had an eleventh hour reprieve and is going to be upgraded during one of the forthcoming space shuttle missions. 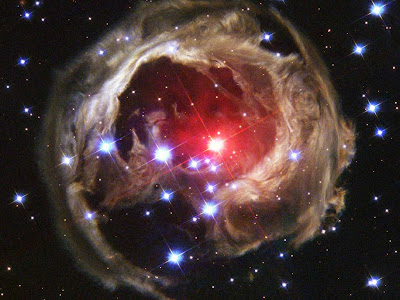 However, after its refit the Hubble Space Telescope will be 90 times more powerful! That more than makes up for the disappointing dullness of Mercury.
Posted by Steerforth at 10:18 pm

How beautiful. Wonder if I could get a job as Librarian on the Battlestar Galactica?

I'd prefer the Battlestar Ottakar.