"There is no happiness in love, except at the end of an English novel." 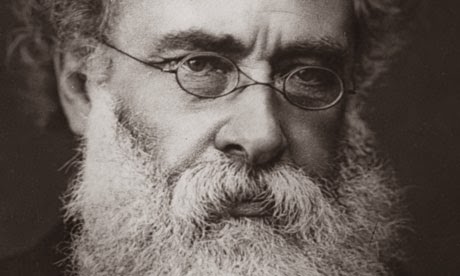 I have just finished the last of Trollope's six Palliser novels - something I wasn't expecting to achieve until I was at least 80. But a recent period of illness required some comfort reading and after enjoying Arnold Bennett's Clayhanger trilogy last year, I was on the lookout for another sequence of novels.

The Pallisers fitted the bill perfectly.

Compared to Dickens, whose novels seem to inhabit a hyperrreal world of caricatures, Trollope's stories are disarmingly familiar. His characters complain about an unpopular coalition government, bemoan the fact that there are no longer any politicians with charisma and think that the young generation aren't a patch on theirs.

Each novel seems to feature the following stock characters:

The Palliser novels are all about money and power. If you have neither, then your only hope is to acquire them through marriage or inheritance. The third option available to young gentlemen - hard work - appears to be too absurd to warrant mentioning.

I liked Trollope's ability to create a broad canvas of well-defined characters, whose interactions are portrayed with wit and perception. Trollope writes particularly well for women, showing how they used wit and guile to overcome the restrictions placed on their gender.

I didn't like Trollope's anti-semitism, which hit a particularly sour note in the penultimate novel and went far beyond the normal prejudices of mid-Victorian Britain. I also felt that by the fourth book, Trollope was beginning to repeat himself and kept forgetting which novel I was reading.

Some might argue that the Palliser novels are a literary Downton Abbey, lacking the breadth of vision that made Dickens such a great writer. But although they may have something of the soap opera about them, Trollope's rich panorama of the upper echelons of mid-Victorian Britain also asks some fundamental questions about the pursuit of happiness.

In Trollope's world, love conquers all, but only if it's accompanied by money: "Love is like any other luxury. You have no right to it unless you can afford it." and whilst we, the reader, may feel a warm glow when the wedding bells ring, there is usually at least one character who is left destitute and alone.
Posted by Steerforth at 10:53 am

BBC Two is showing the TV adaptation of The Pallisers on weekday afternoons. Just think how much time you could have saved! :-)

If only I'd known!

I'm still hanging on for a BBC three-part adaptation of Proust's In Search of Lost Time (which will probably have Olivia Coleman in it), rather than actually read the books.

Love your "instant Trollope" formula! People say that Dickens is melodramatic and caricatured (they also say he "uses too many adverbs" and was "paid by the word"). Perhaps what confuses people is his wit: he often slips into parody and satire, and maybe modern readers just don't "get" that. Victorians would read it every day in their newspapers - Dickens started life as a journalist. You can tell I have never read Trollope - am I old enough yet? You make him sound appealing. (Listening to Little Dorrit and crying already.)

Lucy - Are you old enough to read Trollope? Only you can answer that question, but if you can remember Catweazle and the New Seekers, then the answer is probably yes.

I read Little Dorrit last year and loved it. Miss Wade is a particularly interesting character.

"The third option available to young gentlemen - hard work - appears to be too absurd to warrant mentioning."

I set aside The Way We Live Now for some years after one too many mentions of the honorable but ignored alternatives for the wasteful baronet, namely to "break stone or starve".

Smollett's novels have their plenty of fortune hunters, heiresses and heirs, as do Tolstoy's. For that matter, one can find most of the cast in Middlemarch, some, to be sure, in the backstory, and Middlemarch even has a Frank, doesn't it?

enjoyed your reflections. I have on tape THE WARDEN from a different series, which I do enjoy listening to. However, I am not encourage to continue with The Palliser novels as I dont care for repetitions and expected characterizations although I suppose many modern mysteries are based on such repeated characters. The TV adaptation sounds good. The Way We Live Now is also a movie available in USA via Netflix. Havent watched it yet though. Such novels often make good movies

George - I also set aside The Way We Live Now, some years ago.

One thing that interested me in the final Palliser novel was the fuss created when an aristocrat wanted to marry a young American woman. His father acknowledged that she was an intelligent, beautiful young woman, but was horrified that her ancestors had actually worked their way up in the world, rather than simply inheriting. It seems extraordinary today.

Suki - I read The Warden when I was in my 20s and didn't really enjoy it. Trollope seemed to waffle and I didn't feel engaged by the narrative. I wonder if I'd feel differently today?

Annabel - I'm quite shy about writing book reviews, probably because there are so many good book blogs our there. Usually, I'll only review a book if I feel it's unjustly neglected, hoping that someone like you, Thomas or John Self might pick it up and spread the word.

I can still remember elderly penniless spinsters , who hovered in my youth . Those who were companions were , actually , quite fortunate . Those in a miniscule bedsit , up a staircase smelling of sardines , mothballs and damp wool and existing on pennies must have been so lonely ....