"Life is Better When You Know More"

This post contains a random selection of things that have turned up at work during the last week.

I suspect that most of them have come from house clearances. Some are book-related, but many aren't and I often wonder how they ever make it as far as my desk. However, I'm glad that they do.

First, a 1960s maths textbook. Although I'm a child of the 70s, I vaguely remember covers like this one. I took them for granted at the time, but today I'm struck by how well designed they are: 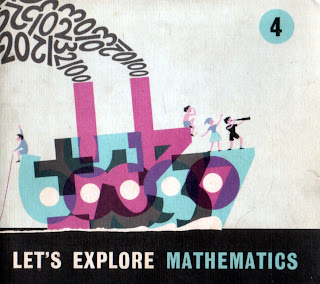 Much better than this drab, utilitarian cover from a decade earlier: 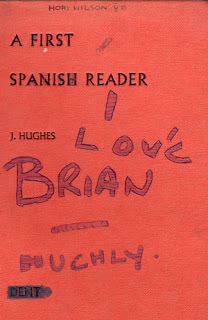 I wonder if Brian was aware that he was the object of passionate desires?

Okay, I thought, values have changed and I mustn't jump to conclusions. I'll try another page:

At this point I gave up.

In another 1950s book, I found a leaflet advertising the Chambers Encyclopaedia: 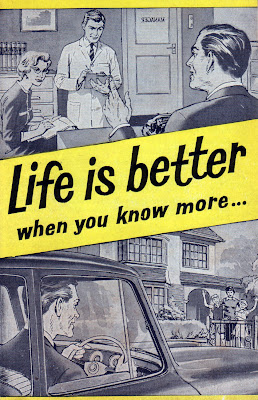 I don't think any of us would take issue with that. But in a list of reasons why learning is good, I wonder how many people would come up with the fifth point: 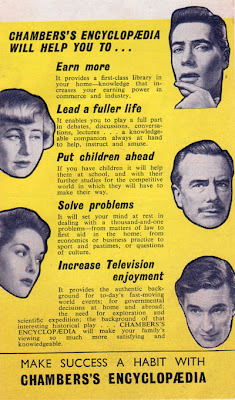 "So, why do you want to enrol on this degree course Mr Pettigrew?"

"Because I wish to increase my television enjoyment."

The leaflet was used as a bookmark, as was this envelope addressed to my favourite actor, Paul Scofield: 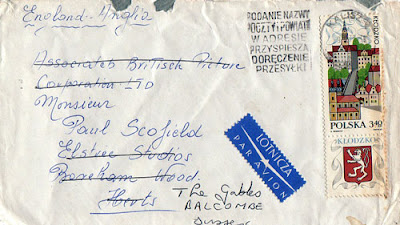 Sadly the letter was missing.

I'm sure that Paul Scofield would have enjoyed this shocking photo: 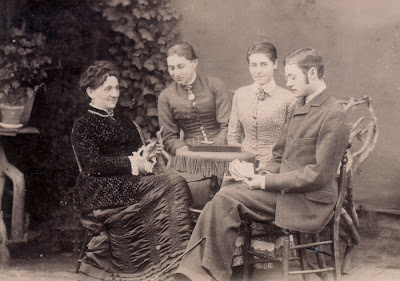 Next, five portraits of someone on the journey from childhood to adulthood (alternate title: from hairdo to hairdon't): 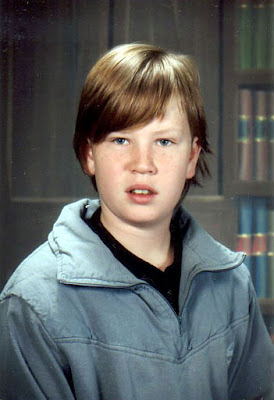 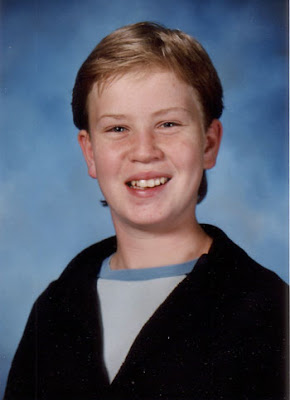 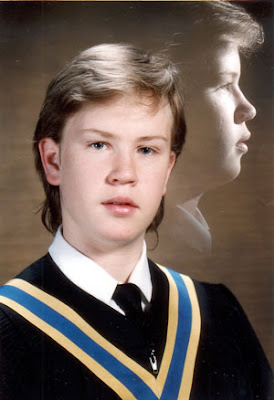 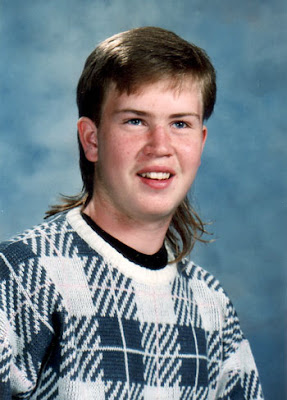 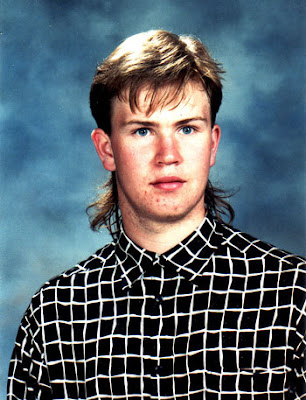 And they say the 70s was the decade that style forgot! However, mullets aside, I found these photos fascinating. Most of us have albums that depict our own tortuous paths to adulthood, but the evidence is usually too gradual and cluttered with extraneous detail to convey the magitude of this great transformation.

These photos starkly convey the huge, sometimes terrifying changes that we undergo. I only wish that these pictures covered ten years instead of five.

However, by coincidence I discovered this fascinating sequence of portraits of a girl, taken between 1970 and 1982. I'd just watched a 1970s children's programme on DVD and Googled the names of the cast to see what had happened to them. The younger actors seemed to vanish into obscurity, but one of them - Shelley Crowhurst - popped up on the website of photographer Howard Grey.

Finally, while I can accept that photos, diaries and leaflets are book-related, what about this: 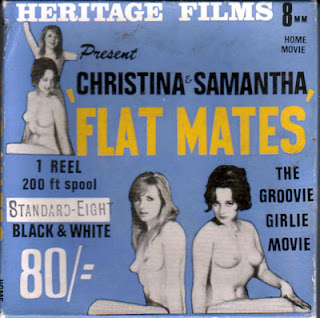 Why did it end up on my desk? Because, I later found out, someone in the warehouse thought that I was the sort of person who'd probably have a projector. They were right!

It took a while to find my dad's old cine projector amongst the collection of things in the loft that I never use, but can't bring myself to throw away. However, after a long search, this afternoon I watched 'Flat Mates'. I appreciated its subversive narrative structure - the women are naked at the beginning but become increasingly clothed as the film progresses - but felt that it was let down by the cinematography and direction.

Overall, it has been a strange week, but rarely dull.
Posted by Steerforth at 5:09 pm

What a pick and mix. I initially thought Brian had a double-barrel surname. The card players possibly travelled in time, got their hands on Pat Sharpe's uglier younger brother's photographs and sat playing top trumps with them.

Never ever give in to the impulse to get rid of that collection of stuff in the loft. Two weeks after it's gone, you'll need it.

If only I had known.

Vintage Steerforth. Just what I needed, at the start of my day. Thanks.

At the risk of being a boring typographer - 'Matematics' is great - and it's pre-computers, so it's all flat artwork and layers, and the distortion of the numbers in the smoke is hand drawn by a draughtsman rather than knocked up on screen - it's a lovely piece of work.

I recently culled the contents of my loft, getting rid of 2 film projectors, 2 overhead projectors and 4 slide projectors and a photographic enlarger.... I've had a reason to need them all back already.

I couldn't help noticing, on a recent trip to northern Spain, that the mullet is making a comeback amongst Spanish children. We need to be on our guard in case our kids are similarly afflicted - perhaps we should alert the Daily Mail?

I'm just catching up with your recent posts. This blog never fails. I laughed out loud at this: "the woman are naked at the beginning but become increasingly clothed as the film progresses."
Maybe you were supposed to play it backwards.

One can tell you're a gentleman if your enjoyment of 'Flatmates' wasn't spoiled by the actresses concerned becoming increasingly clothed as the film went on, but rather for cinematic reasons. ;- )

Howard Grey's sequence isn't as much fun as yours - the girl has the same hairstyle the whole way through, for heaven's sake.

I vaguely remember those maths books too - they had satisfyingly heavy covers and felt like the kind of book you wanted to pick up and look through.

Wonderful! As the mother of a teenager in full mid-morph, I found the series of five photographs really interesting, as well as your confirmation that the changes we go through are actually terrifying. I was beginning to think it was just us who was finding it scary.

Pirata Jenny said...
This comment has been removed by the author.
3:17 pm

Thank you Pirata Jenny. I really enjoyed these pictures.

Re: the film - yes, I wondered if I was watching it backwards. It was even duller than I expected and I found myself becoming distracted by the fixtures and fittings in their bathroom.

Thanks Richard for casting a professional's eye over the maths book - the design is even more impressive now that you've explained the technique. How wonderful that people went to so much effort for a dull old textbook.

I'm concerned to read that the mullet is making a return. However, it's not as bad as the rats-tail - a style I've seen in some German and American children. I want to sneak up behind them with a pair of scissors, but that's probably against the law.

You might have heard of Nicholas Nixon's project. The Brown sisters photographed since 1975. Have a look: http://www.zabriskiegallery.com/Nixon/TBS/nixonimage