Twelve years ago I was working in Slough. My daily commute to work involved a stop-start crawl along the most congested sections of the M25 and M4, culminating in the roundabout that appears in the intro sequence to The Office. It was a dark time.

If someone had told me that one day my drive to work would take me through the South Downs to a road that hugged that coastline, I would have dismissed the idea as an impossible dream.

But every weekday, that's what I do. Within five minutes of leaving my front door, I'm driving through beautiful countryside, listening to podcasts of Radio Four programmes, before the road suddenly turns south and takes me down to the English Channel. It's the best commute I've ever had, but to my great shame, within a fortnight of beginning my new route, I took it all completely for granted. These days I barely notice the sea.

This evening, for the first time in ages, I actually noticed my surroundings and bothered to stop the car so that I could enjoy this: 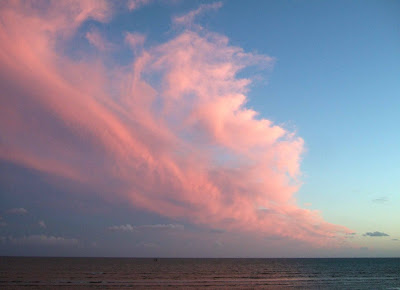 Seeing this view and comparing it to my time in Slough makes me frustrated at my lack of gratitude. Why do we get used to things so easily? Why the constant feeling of dissatisfaction?

Perhaps I'm just being maudlin because it's been a bad month, full of financial worries and various life-changing decisions. It could be worse. At least I'm not working in Slough.

Maybe I need to have a drink with this man: 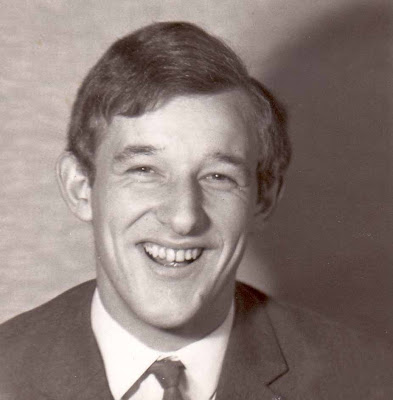 There. He's cheering me up right now. Just looking at that face, with its hail-fellow-well-met expression and twinkling eyes. Of course, he might have been a terrible bore. We'll never know.

The mystery gentleman was one of several photos that were found in books during the last few days. Some were rather mundane pictures of babies and animals, but the majority were fascinating.

Take this triptych, for example. There is a whole novel in these enigmatic images: 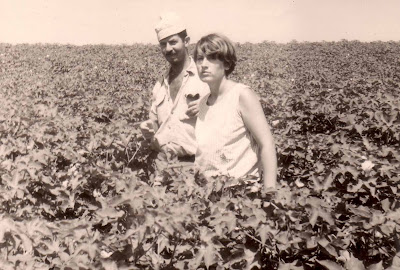 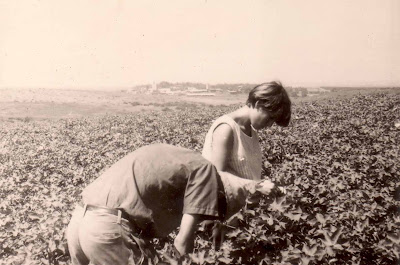 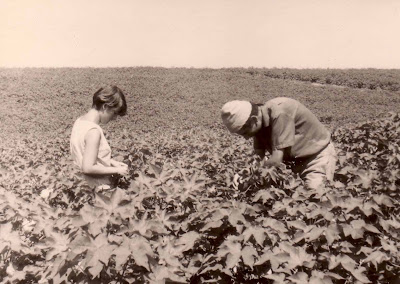 The woman looks a bit of a femme fatale - I can see a literary novel with a bit of sauce.

From one extreme to another, I also like this photo of a young nun in front of a fairly horrible, modern building: 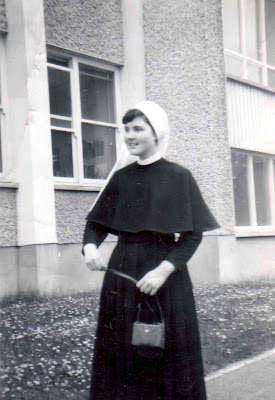 I didn't know that nuns had handbags. I wonder what's inside it? 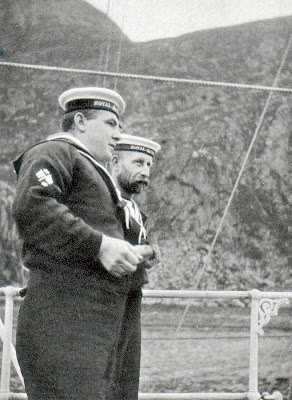 I've always been prepared to die for my country (illegal wars excepted), but I really couldn't stand the harsh physical training regime that accompanies military service, see it's nice to see a more "portly" gentleman playing such an important role in our coastal defences. 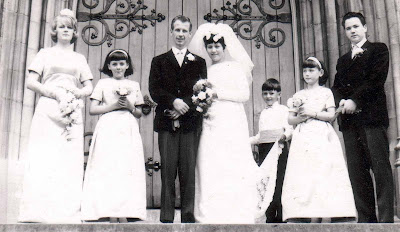 This isn't the most interesting wedding photo that I've posted, but what interests me is that like all of the others, it features at least two people who look pretty miserable. What's that all about?

I love these random photographs that fall out of books and now have a whole drawer full. But what I can't stand is the mystery. The best pictures give us tantalising hints and clues, but the puzzle will remain unsolved.
Posted by Steerforth at 9:03 pm

What a glorious sunset photo. Thanks so much for sharing it with us. It's good to stop now and then to smell the roses -- or at least check out the rose-coloured sky.

You're right about the old photos. So tantalising to wonder who they are and what was happening in their lives. One of my favourite photos is an old 1920's era one of a connection of my mother's wearing a cloche hat which my mother always referred to as an unturned coal scuttle!
Canadian Chickadee

It's something I struggle with all the time. Why do I so rarely feel good, feel the sun on my face, and forget my troubles? Gratitude is key. A gesture of gratitude every morning, upon arising, helps a lot.

E.J. Gold, a 4th way teacher, liked to say that "your habits will carry you through". In my tradition, we call it a Morning Offering.

I am curious about what crop they are raising in those three pictures.

I've been following your posts for a couple of months now. They make me smile and set me to wonder, too. Recently I've been thinking of ways to stick odd photos into old books, then "donate" them to see if you discover them. (I am joking--I live in Texas and that is quite impossible) Keep up the good work. I love reading about poor Derek, though I am put out by his "posterity" to just chuck his journals away. Their loss is the blogosphere's gain.

I agree that we tend to take our surroundings for granted. When we moved to Cornwall in 1981, locals were shocked that we'd left the beauty of the New Forest behind. Similarly, when we moved back, there were more looks of consternation.

As for the glum looking couple on the extreme edges of the wedding group, have they recognised the photographer as the guy who previously tried to recruit them as models for a naturist magazine?

What amazing scenery. A commute worth commuting for indeed.

I suppose I'm just as guilty of taking Oxford for granted, much though I hardly ever seem to see the nice bit any more now I work at the 'other' University.

Like you, I am burning to know the stories behind some of these extraordinary photos you keep happening upon. Only Derek it seems, was decent enough to leave an accompanying narrative.

Good luck with the life-changing decisions. Not your own TV series on the truth behind old random photographs I'm guessing?

It's so good to disengage auto-pilot and look around us. Fantastic sunset.

There's something about being close to the sea that I miss living in Oxfordshire, however pretty it is. I spent my first two years of working in Great Yarmouth - I never bonded with the town, but did always enjoy looking out on and feeling rather comforted by the sea.

Steerforth, I'm glad 'something went wrong' and you follow your nose in your writing. Yours is the most reliably interesting blog I know. Especially, thankyou for bringing the forgotten to light. Your sincerity and humour are much appreciated.

I'd also love to know what crop it is. Nothing intoxicating, I presume?

There seems to be a consensus in the comments - we all take our surroundings for granted, although I've never quite got over the novelty of living somewhere with a medieval castle and beautiful hills.

I like the idea of a Morning Offering - it's right to feel grateful for the good things, isn't it?

Mnay thanks to Gardener, Anonymous and everyone for your encouraging words. I often think what a lot of nonsense this blog is, so any positive responses are highly valued.

The nun's handbag is probably a camera (Box Brownie or similar)in its case.

You must be kindred spirits with some of my other finders, the brothers from Ann Arbor, Michigan.
http://foundmagazine.com/